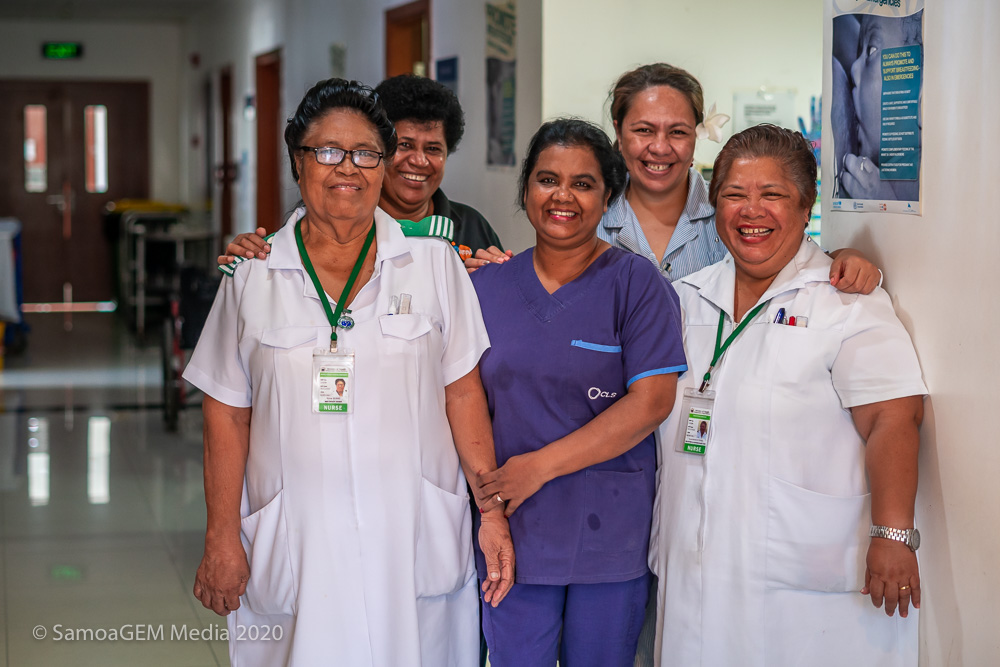 In November 2019, Samoa was rocked by a major measles outbreak. The Government declared a state of emergency and launched a nation-wide campaign to scale-up vaccination coverage and treatment for patients, to stamp out the outbreak. These efforts were supported by several regional and bilateral partners, including ten midwives deployed from Fiji for ten weeks to support maternal care in hospitals across Samoa.

Ms. Sovaia Uluimalolo was the team leader of the midwives. Commenting on her motivation for going to Samoa, she said:

“It was God’s calling for us to serve the people of Samoa during the measles crisis. These weeks have been very challenging, but we are happy that our mission is accomplished and has been successful.”

The deployment of the midwives was supported by Fiji’s Ministry of Health in collaboration with the Nursing Council. The mission was funded by United Nations Population Fund (UNFPA) and implemented through the Emergency Medical Team platform coordinated by the World Health Organization (WHO) in Samoa.

UNFPA has supported similar deployments of midwives in the past, including to Vanuatu in 2015 for Tropical Cyclone Pam, and to Tonga in 2018 following Tropical Cyclone Gita. During these deployments, the midwives supported health professionals on the ground in providing antenatal care, delivery services, postnatal care, comprehensive and basic emergency obstetrics and newborn care, and family planning services. The approach has been highly commented as an effective South-South cooperation during times of emergencies.

UNFPA is the lead UN agency for delivering a world where every pregnancy is wanted, every childbirth is safe, and every young person’s potential is fulfilled. Its mandate is central to global development in the era of the 2020 Agenda for Sustainable Development, underpinned by the 17 Sustainable Development Goals. UNFPA expands the possibilities for women and young people to lead healthy and productive lives.