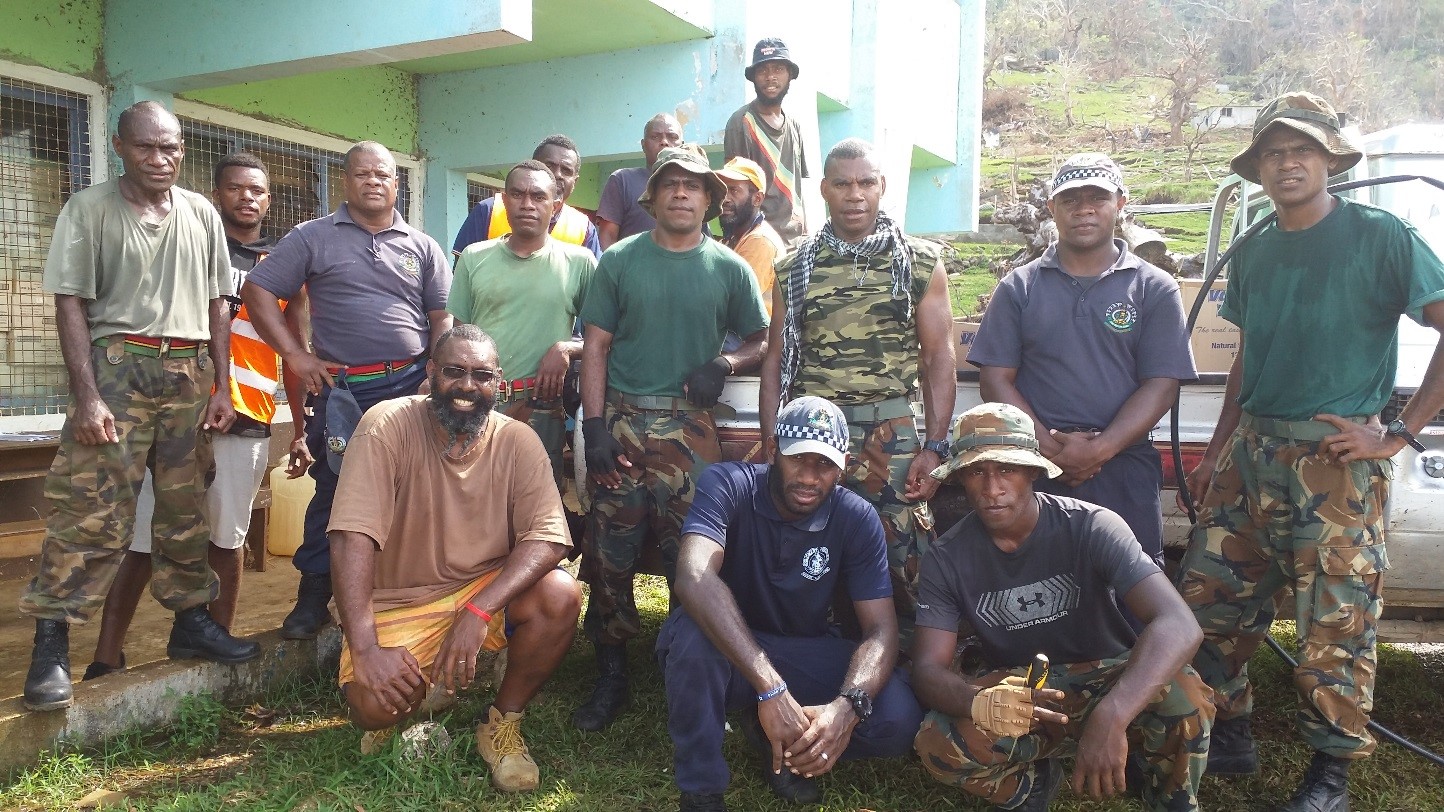 A week after Cat 5-TC Harold hit Vanuatu, I was posted to Melsisi, Central Pentecost to assist with the relieve responses. After spending almost two weeks at Melsisi On-Site EOC, I moved North Ambrym again to coordinate the responses at Nopul On-site EOC for North Ambrym.

This was not my first time doing this role, however due to Covid19 everything the the NDMO respond to the affected people and communities was just very slow. Central Pentecost was badly affected with almost 95% of the houses being damaged. And just imaging people sleeping under the stars for months and whenever Rain came, it was a nightmare. I reached Melsisi a week after the Cyclone and the surrounding communities knew that the On-Site EOC was at Melsisi, but yet we were not doing any shelter distributions due to the very limited number of Taps (just 100) we had. Anyways we could not hold it back any longer, so we share the 100 taps to the most vulnerable grups and waited for almost anther month before more taps arrived and were distributed around the second week of May.

Around Melsisi area, in Pentecost a lot of the communities are located in land. Therefore getting the communities to come and help out in the offloading of relieve supplies was a huge challenge. A lot of the times people turn-up late and finishes early so at most times very few people had to take on the hard labour.

We distributed the dry rations about two weeks after the cyclone passed. Now the message to the people was that these were the food to support them while they make their gardens. However due to the road access to their gardens and very limited seedlings making and or accessing gardens was very challenging. They requested some chainsaws, but the chainsaws were only made available around the month of May. So really for most communities, the food rations were finish well before the gardens could provide more food for the communities.

“My involvement and especially everybody who came from Vila or outside of the affected areas, our involvement meant that the affected people had more time attending to their families. Not only that but especially for the Area Admins and SG our huge involvements in the relieve operation gives them more time to carry out their day to day works as well as allowing them to more time to start planning their recovery activities”

Coming from Vila where Cat 5 – TC Harold did no damage, my full attention was to help the affected unlike the Area Admins, Area secretaries and SG where while doing the relieve responses they also their families and properties to think off. The SG for Penama province had very limited knowledge of the tasks at hand so I had to setup and control the initial operations on his behalf. I was very fortunate in Melsisi because I had the recross volunteers and a workforce group of 10 and the force members who came to Melsisi and help out especially on the hard labor undertakings.